Heart disease is the No. 1 killer of LEOs – here’s how to protect yourself.

Officers concerned about their health and well-being can now turn to this evaluation program for help. 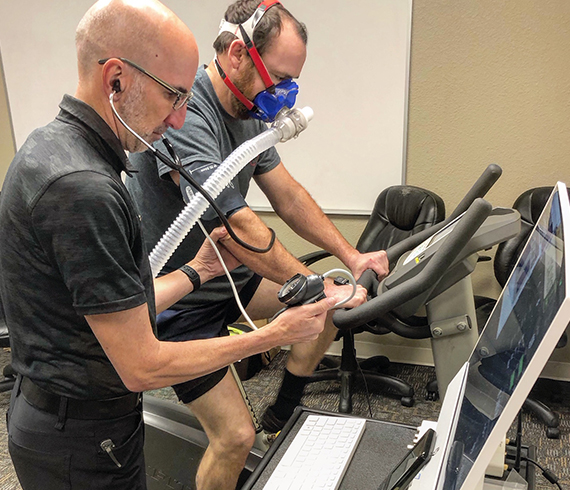 Many consider law enforcement to be one of the most dangerous professions in the world, but being killed on the job isn’t what ends up taking lives too soon – it’s heart disease.

“Police officers are 25 times more likely to die of a heart attack than to be killed by the violent action of a suspect,” said Noel March, chief strategy officer at Sigma Tactical Wellness. “Those that have a heart attack, on average, are likely to have that heart attack at age 46. These are sobering numbers.”

It’s statistics like these that helped shape the mission behind Sigma, a company that partners with law enforcement agencies to evaluate the health and wellness of LEOs. Unlike a traditional physical, Sigma dives deep into each officer’s cardiovascular health and performs a series of tests that aid in creating an individualized plan.

Developed by doctors Jonathan Sheinberg and Benjamin Stone, the Sigma evaluation begins with an advanced lipid panel test and non-invasive imaging. A cardiopulmonary exercise stress test using a stationary bike comes next, and once the results are analyzed, a physician-developed diet and exercise program is created.

Sigma was formed in 2016, but the research behind the company’s foundation started long before that. Here’s how this testing process was conceived and why it’s making such a big difference in the law enforcement industry.

Dr. Jonathan Sheinberg has been in law enforcement since 1989 and is currently a lieutenant with the Travis County Sheriff’s Department in Texas. He’s also a board-certified cardiologist and has been working in healthcare for nearly as long.

About a decade ago, he shifted his focus away from treating patients in the ICU and started working on preventative analysis. As a LEO, he wanted to apply his research specifically to cops.

“I started thinking, ‘How do I merge these two? How can I use the technology of what we’re doing now and use it for this group of people that appears to suffer from this illness at a much higher frequency?’” he said.

At the same time, Benjamin Stone, an Air Force veteran with a Ph.D. in cardiovascular physiology, was researching metabolic disease and how medical intervention can help reduce instances of diabetes, obesity and hypertension. Based in Vail, Colorado, Stone partnered with the Vail PD to further explore his findings.

“We both became aware of each other’s work, and we set up a meeting,” said Sheinberg. “We were like, ‘Holy cow, I have exactly what you’re missing, and you have exactly what I’m missing.’ We started our company and built it from the ground up.”